Vanity Press: What Kickstarter RPG Rewards Did I Miss? – The Faerie Ring 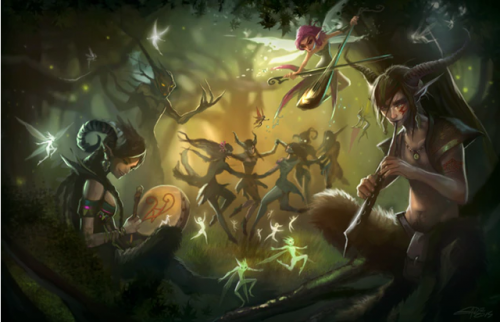 That’s the situation now, but what about the past? Are there any un-mined RPG writing credits in Kickstarter’s long tail of products? As it turns out, yes.

The projects I didn’t back… Some are professional and, likely, memorably fun but charged more for their vanity press pledge levels than I could afford. Some were great looking products but did not have a vanity press option at all. One of the latter was The Faerie Ring for Pathfinder and 5e. I did not pledge but I follow them on Facebook and they have posted a writing opportunity…

This Kickstarter is in the rearview having started on November 30th of two thousand and fifteen.

“The Faerie Ring expands the fey options for both players and GMs using either Pathfinder Roleplaying Game or 5E and creates new opportunities for meddling where you probably shouldn’t. It introduces new fey monsters, playable fey races and other character options, fey big bads or patrons (or both!), fey cities and planes and other locales, and more. 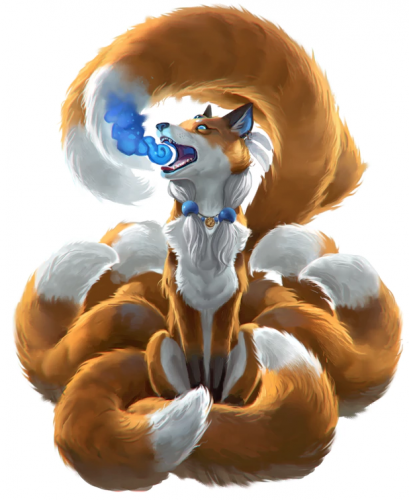 This picture encapsulates the wanna-lancer to freelancer journey. From The Faerie Ring by Zombie Sky Press.

We’re updating and remastering the two existing PDF releases (“Prelude” and “Red Jack”) and incorporating them along with nine additional chapters of brand new content as The Faerie Ring: Along the Twisting Way in two printed volumes: a Campaign Guide and a Player’s Guide. Plus, a third book in PDF, the Magic Guide.

The Faerie Ring began over 5 years ago and launched Zombie Sky Press. And though the project’s been silent for a while, we’ve been quietly designing the whole time, and now, we’re ready to unveil our plans. The original “Prelude” is linked in the Update section for everyone to check out.”

Not out of intention, but every RPG game I’ve played has been set in a human-centric world. The concept of the fey fleshed out to be more than the occasional antagonist is interesting. This product seems likely to offer both the flavor and crunch needed to make the faerie races, monsters, magics, and societies feel grounded and workable. Had there been a vanity press option, I’d have happily put in my coin.

But, a year later, there is an option. 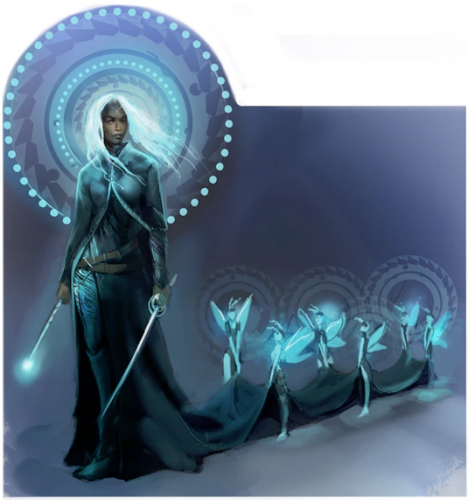 “Public Update and a Call for Magic Submissions

As we pull together the Campaign and Player’s Guides for The Faerie Ring, we’re thinking more and more about the Magic Guide. So we’re calling for magical pitches. Interested in submitting something for consideration? Accepted pitches will be commissioned at 5 c/w.

For design contributions, please put together a pitch of one or more ideas for the Magic Guide that you’d be interested in working on. We are certainly looking for individual spells and rituals—and I’ll be asking for those at a later date—but we’re currently looking for other things, like fascinating optional subsystems related to magic and the fey. For the pitch, give me a description of what you’re proposing and the presumed word count (assume you can’t have more than 2,000-3,000 words per idea, though great pitches may be given more room). These can be for either 5E or Pathfinder (if accepted, we’ll convert if possible), or maybe, they’re largely flavor with minimal to no crunch; let us know in the pitch. Send pitches to scott(at)zombieskypress(dot)com by December 1, 2016. 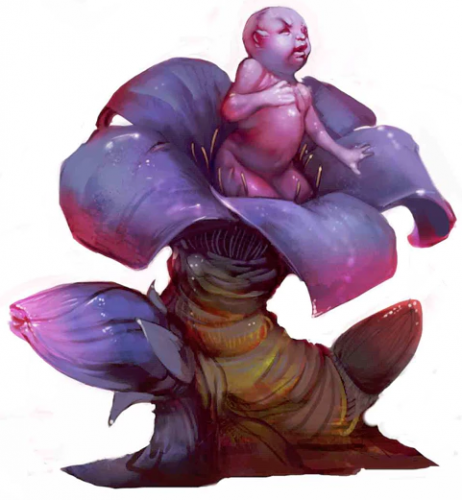 Kuato Lives! From The Faerie Ring by Zombie Sky Press.

For example, the concept of the moonshadow will be a part of the Magic Guide. This will detail how the moon’s passing affects different fey in different ways (but all fey feel the effects of the moon in some way).

Here’s the PDF that started it all back in 2010. It’s getting some updates for the new release, but it is offered here as inspiration: The Faerie Ring Prelude.”

To this point, there has been safety in paying for the opportunity to write. Once they have my money they can’t fire me without a refund.

What Zombie Sky Press is offering is work-for-hire. Submitting to write comes with no guarantee of acceptance like a Kickstarter pledge does. This situation requires skills not born of my bank account. They’re offering the first major test in my mission: Have I reached the level (oy) where I can move from paying to write to being paid to write? Am I ready to jump from wanna-lancer to freelancer?