Before launching his Kickstarter, Ray Machuga reached out to me about the RPG campaign for Pathfinder Modern Adventures. His pitch was perfectly timed as the debut of Starfinder was still fresh on my mind and I saw a surefire idea in his product. With that said, let’s dive into the interview…

EGG EMBRY – Thanks for taking the time to speak with us, Ray. We’re going to talk about your Kickstarter, Pathfinder Modern Adventures – Tell us about the game.

RAY MACHUGA – Thanks for having me, Egg. Modern Adventures is a tabletop role-playing game designed and developed by myself and published through Higher Grounds Publishing. It’s a gritty, modern fantasy game set in a mirror-image of our own world. It’s a game about normal people who do fantastic things. Leaving the drudgery of everyday life behind to delve into the inner truths of the world. Further, it is a game about storytelling and character development. 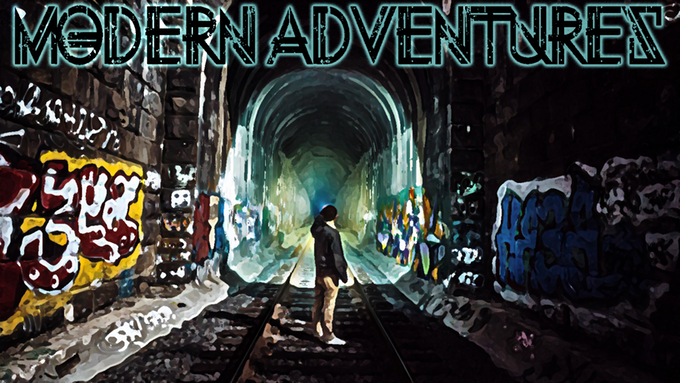 EGG – What inspired you to create Pathfinder Modern Adventures? Did you conceive of this project before Starfinder was announced?

RAY MACHUGA – Inspiration for Modern Adventures has come from a vast array of different places. Of course, games like Shadowrun, World of Darkness and of course Dungeons & Dragons and the obvious Pathfinder RPG have definitely been inspirational to the development process. I have a distinct love for realistic games. Moreover, games that are set in the real world really appeal to me as well, so I wanted to create something that reflected my passion for such games.

I only recently cracked open my copy of Starfinder at the beginning of this month. If I’m not mistaken, I think Starfinder was originally announced sometime in 2016, so that would mean that the original framework for Modern Adventures was laid down shortly before that. Their release date was a very happy coincidence.

EGG – Before this interview, we talked about the half-races and thin-bloods. What are thin-bloods and what are your plans for them in Pathfinder Modern Adventures?

RAY MACHUGA – Thin-Bloods are characters that have a relative of another race somewhere in their distant genealogy. Mechanically speaking, it opens up a few options to play a character that looks and feels like one race, but has the option of purchasing a few traits from another. The Half-Bloods book is going to be awesome, and I’m very excited to release it. In it, I take the advancements in modern fertility science and apply it to a world in which races like elves, dwarves, trolls and the like actually exist. To boil it down, the Half-Bloods book gives players the option of answering the question, “What happens if an elf and an orc were to have a baby?” I’ve actually presented one of the half-bloods in the core book, the Half-Gnomes. They’ve become a play tester favorite.

Half-Blooded are a relatively new occurrence in modern cultures within the setting, so it opens a whole new realm of potential role-play hooks involving mistrust and prejudice. Not to reveal too many spoilers, some of the older cultures look upon the emergence of half-bloods as an ill omen, and will lead into adventure paths and meta-plots that span an entire game line. 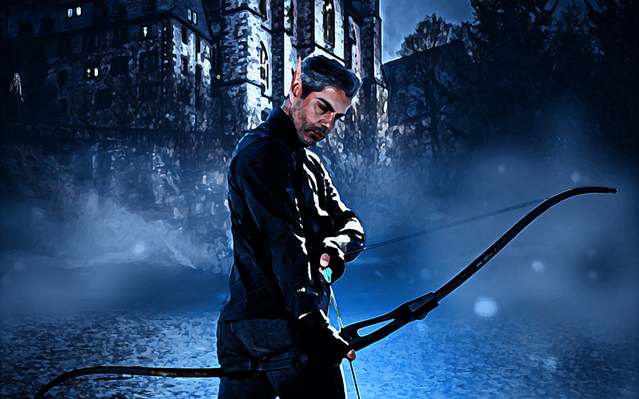 EGG – As the publisher, can you highlight one pledge level/backer reward that you think is the standout for Pathfinder Modern Adventures?

RAY MACHUGA – I would have to say that the stand-out pledge would probably be Level Fifteen, which not only gives you first access physical copies of the core book as well as the physical Half-Bloods book. It also opens up backers of that level to play test documents and updates, the ability to give feedback as development progresses which will give you a chance to have a say in the final form of the game itself. To top it off, you get access to the backer-only character sheet of that pledge level. For me, this is the pledge level that really stands out and gives backers the chance to really watch the game develop and have a say in its contents.

RAY MACHUGA – That’s hard to say, since I began playing tabletop RPGs at a very young age. Still, I remember being very young, perhaps 10 years old, and picking up my first small stack of RPG guides and pouring over them. My mother would have killed me if she knew I had walked from our apartment about three blocks away to go to that store, but I did it anyway. I picked up a White Dwarf Magazine and was amazed at the artwork I found there. I had also picked up a first edition of Vampire The Masquerade. I can still recall sitting down on the couch and cracking open that book, and the feeling I got as I poured over the contents. I believe that was the very moment, sitting on that couch in Fraser Michigan, in which I truly became a gamer.

EGG – Why did you create your gaming company, Higher Grounds Publishing, LLC?

RAY MACHUGA – In the end, it boils down to a love for gaming. From my unique vantage as a writer, gamer and human being, I wanted to present my vision of tabletop gaming to the world, and Higher Grounds has really made that a reality.

RAY MACHUGA – Be ready to work. A Kickstarter campaign is not something that you can just, as those famous infomercials suggest, “Set it and forget it.” You need to work on the project you want to launch the Kickstarter for first and have it just as close to ready as you can. Then you need to make sure that people know you plan to launch a Kickstarter. While the Kickstarter going, you need to tell people. Your first Kickstarter funding is probably going to come from friends and family. It takes work. Be ready for that. 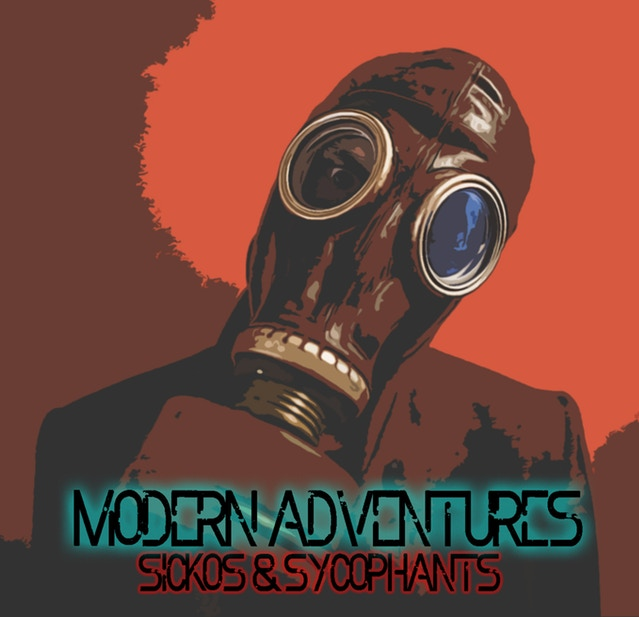 EGG – Any parting thoughts? Where can we find out more about Higher Grounds Publishing, LLC?

RAY MACHUGA – First I’d like to thank Egg for taking the time to talk with me about the projects! There is a lot in store from Higher Grounds, so I hope you’ll keep an eye on our blog ( https://highergroundsgamingblog.wordpress.com/ ), or talk with us on Facebook ( https://www.facebook.com/HigherGroundGamingLLC/ ) or catch us on Twitter ( https://twitter.com/HGGamingStudio ). The Modern Adventures Kickstarter runs until September 25th!

To see other games from Higher Grounds Publishing, LLC, check out their products on DriveThruRPG here.