It’s Gen Con 50 this week. I’ll be in Indianapolis gaming, meeting folks, and continuing my quest to jump from wanna-lancer* to freelancer. As I’m headed out of the door, let’s countdown three RPG Kickstarters that you should check out.

*A wanna-lancer is a gamer that wants to become a freelance writer.

“An epic fantasy tabletop RPG about the larger-than-life legends and the mythical monsters that lived at the dawn of time!

HFA is a tabletop role-playing game about larger-than-life monsters and the dawn of civilization. HFA is the intersection between monstergirls, RPGs, and myth & legend. It will be delivered in color printed glory and instant PDF downloadability.

Heroines of the First Age is Powered by the Apocalypse, which focuses on the actions, reactions, and consequences of the things the players do in the game.

There are two main assumptions that Heroines of the First Age makes:

Monsters make up at least a portion of the civilized peoples in the world. The Player Characters are heroines and heroes drawn from these demi-humans. There may or may not be baseline humans, depending on how your group wants to roll.

This is the First Age. It is the dawn of civilization. People are just coming out of the forests and caves to create towns and agriculture. Grand armies are being assembled for the first time in history. The world is fresh, new, and exciting, and there’s so much of it that has never been explored before.”

You can find additional products from Voidspiral Entertainment at DriveThruRPG here.

Our first project on Kickstarter, “The World Compendium” showcases these beautiful arts as well as an outline of the two realms. The campaign was a huge success exceeding over 300% of the goal thanks to 500+ backers. We were also able to expand the book by 25% as well as introduce base stats for 3 popular RPG systems of the community’s choosing. (DnD 5e, Anima, and Pathfinder.) We also invited some of our most beloved artists to participate.

Since our first campaign concluded last year, the book has certainly come a long way.”

I reviewed the parent project to this Kickstarter months ago (here). The word for that Kickstarter and this one is “ART”! Gorgeous, evocative, detailed, and lovingly rendered art. It’s worth looking at just to drink in Wen-M’s stunning work.

In this Kickstarter, the vanity press reward allows you to design a weapon and a short story or a character and a short story. Both are good rewards and resume builders, but the real win is Wen-M will draw it and you get a sketch. The art for this is gorgeous enough to make that beyond tempting.

“A tabletop RPG about rebuilding after the apocalypse, now funding its second edition. Tell your saga of rediscovery across generations! 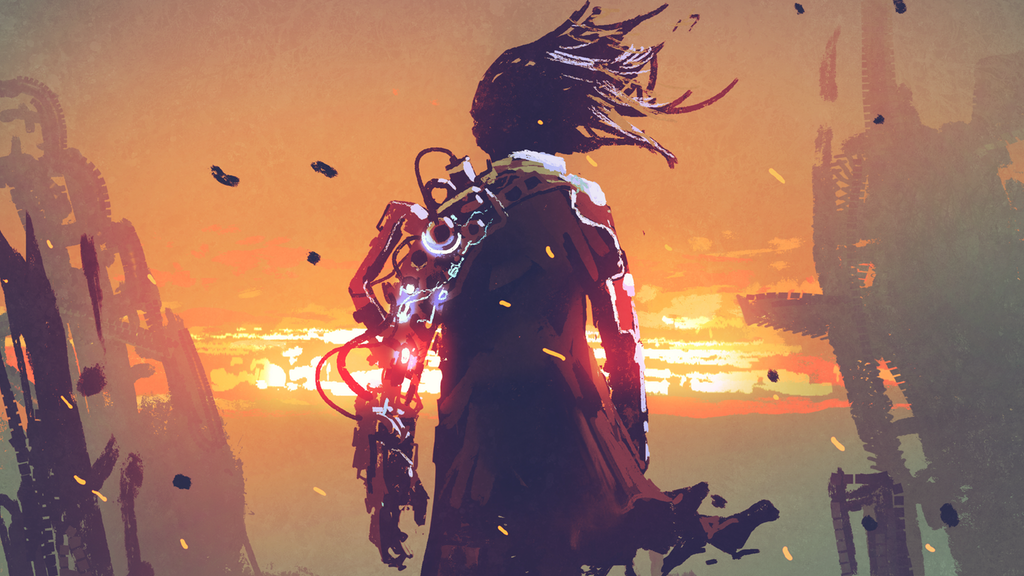 Legacy Life Among the Ruines 2e

The World Before is fallen, torn apart by an apocalypse so extreme that reality itself was shredded and warped in its wake.

Your ancestors survived thanks to a combination of luck, preparation and grit, and now the time has come to leave their shelters and start rebuilding the world.

You soon find the wasteland has other inhabitants: families with different perspectives on the world, secretive factions with the own agendas, and bizarre monsters stalking the wasteland.

As generations pass and your family makes sweeping changes to the world, what stories will you tell?

The first edition of Legacy: Life Among the Ruins was one of the first wave of Apocalypse World-inspired games, bringing a grander scale to the post-apocalyptic genre. Three years down the line, we’re making a second edition that brings together all the great things from the first edition and makes the changes needed for the game to be the best it can be.

With your help, I hope to fund a beautiful print run of the game to end up in your hands and in shops worldwide. I also hope to fund some cool extras: Legacy-themed dice, upgrades to make the book even nicer, dry-erase playbook handouts, alternate takes on Legacy from other writers, and more!

If you’d like to take a closer look at the game, I’ve put together a quickstart. This document gives you a jumping-on point for Legacy, letting you try out the core game rules and pre-generated player options before breaking open the full suite of options available in the main book.”

Artistically, this project delivers all the images you could want of the back-of-the-figure-standing-defiantly-before-the-post-apocalypse-landscape-art! Two covers so far and they both scream against-all-odds.

What’s the system? A version of Power by the Apocalypse. I had a chance to exchange a line or two on Google+ with Douglas Santana Mota who is working on Legacy. He shared his thoughts on the system, “We believe it’s a game that is poised to satisfy gamers quite outside the [Power by the Apocalypse] tribe”. It looks and reads strong. How do I know? Well, they believe in the project enough to offer a quickstart. Read it and I think this will be an easy decision.

What wanna-lancer options do they have? Create a character playbook, a family playbook, or your own apocalypse. Create. Your. Own. Apocalypse. The Purple Spaghetti Apocalypse. It’s an option.

You can find additional products from Modiphius Entertainment at DriveThruRPG here.

Why am I signal boosting my EN World review of Hero Kids? Because that’s a fun all-ages game and well worth checking out! Why am I talking about Shades of Vengeance‘s Champion of Earth again? Because Ed Jowett is a nice dude and, if you’ve been following my blog, that’s my kryptonite.

[DISCLAIMER] I am in the beginning stages of doing freelance work for SoV.

Read my review here or check out the game on DriveThruRPG here.

In the first expansion to our fan favourite card game, new enemies join the invasion! Defend the Earth with brand new weapons!