Vanity Press: What Kickstarter RPG Rewards Are Available? – Embers of the Forgotten Kingdom and Manastorm

“Manastorm is a new campaign setting set on a planet located in the Milky Way galaxy. Shin’ar is a world of high magic and epic fantasy!

Manastorm is the inaugural product offering from Terran Empire Publishing. It is a new Pathfinder Compatible campaign setting featuring 16 new playable races – each with their own hybrid class – and 6 new prestige classes.

The planet of Shin’ar boasts 10 expansive regions to explore, from dust- choked ruins to far off enclaves guarded by logic driven automatons.

Manastorm introduces players to the Manasphere, a bubble of radiation that surrounds the planet, given off by mana crystals found deep within the planet’s interior. The Manasphere allows those who can tap into it’s unlimited power to fuel fantastic feats of magic and wonder. Players will be able to create new magical items from mana crystals that allow the user to cast stored spells on themselves or others, as well as allow spellcasters to renew spent spell slots. Players must be warned though, the overuse of mana crystals can result in Mana Poisoning, and eventual death and rising as a Mana Zombie. 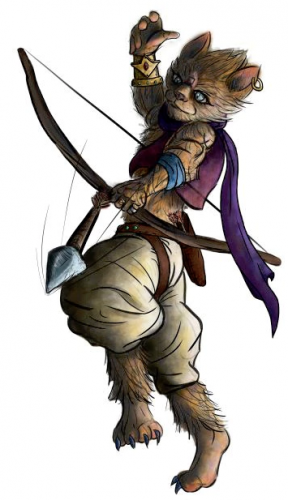 The planet suffers from events known as Lunar Quickenings. The Dri-jen moon, the smallest of the planet’s two moons, has an erratic orbit. When it moves close enough to the planet, the moon causes all mana crystal deposits within the planet to react wildly. Bursts of raw mana saturate the Manasphere and cause fluctuations in its behavior. During these times, portals to unknown planets and planes of existence spontaneously open all over the world, depositing countless people and creatures on Shin’ar.

The vast majority of the peoples encountered on Shin’ar are not native to the planet. Many races have migrated to the world during Lunar Quickenings and found themselves stranded when the event ended. Portals to others dimensions or planets can only function during Lunar Quickenings. The Manasphere does not allow the opening of gates or portals outside of Lunar Quickenings, and it has a way to punish those who try to circumvent this. These events last for an indeterminate amount of time. Some have come and gone in the span of a few years, while some can last over a millennium.

Lunar Quickenings allow GMs and players to include all kinds of “homebrew” races and monsters. While Manastorm will offer more than enough to begin to play wonderful and exciting adventures and campaigns, the Lunar Quickenings make it so anything and everything can be encountered on Shin’ar. Terran Empire will also be hosting competitions to include new races and monsters from fans into future products.

History has been disrupted multiple times by these Lunar Quickenings, often with the release of demonic entities and other fearsome creatures, some of which could not find their way back home before their portals of origin were closed. Here is where our story begins: a Lunar Quickening has raged on for the past 38 years, only recently ending and leaving the world to recover once more.”

This patchwork world is purpose built to seamlessly port your homebrew Pathfinder lands/creatures into. Add to that, this third party Pathfinder campaign setting feels ready-made to upvert for Paizo’s upcoming Starfinder system/setting (2017), it is like you’re getting two products in one. While not written in their pitch, this setting recalls the best of DC comics’ Adam Strange and his Zeta-Beam trips from Earth to save the planet Rann. For me, Manastorm screams unabashed sword and jetpack barbarian-fi! 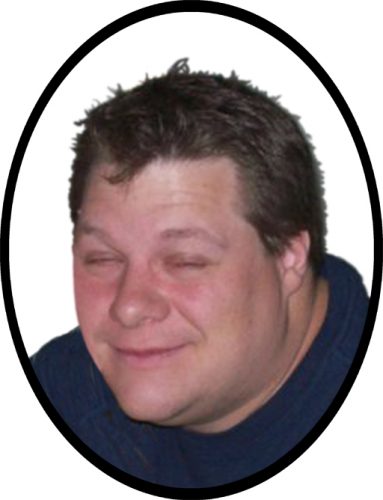 Their vanity press rewards offer a little extra vanity, not only do you get to write an NPC for their product line, but for $35 more they’ll draw the NPC. I’m likely to request a character modeled on great American novelist, John McGuire.

“Pledge $90 or more
Most Learned

***Special – Most Learned Backers will be given the opportunity to create a NPC to be used in future Manastorm products and Adventure Paths!***

Reward – Same as Most Learned plus more!

***Backers at this level will also get a small color portrait of their character created and a Limited Edition Art of Shin’ar book!***

***Portrait will be delivered after delivery of book, completion and acceptance of NPC created.***

Embers of the Forgotten Kingdom by Metal Weave Games 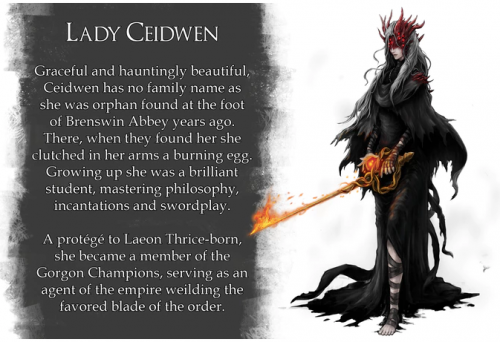 Lady Ceidwen of the Embers of the Forgotten Kingdom

“Discover the forsaken. A systemless, soulsian-inspired book of NPCs and creatures to take your games into dark new worlds.

All backers, who receive a PDF or more, will receive two free PDF statbooks of their system of choice.

Any additional statbook will be a $5 add-on.

Embers is a systemless art and lore book designed to inspire GMs and players, much like the Baby Bestiary was. However, instead of adorable creatures, we have a line-up of dark fantasy characters and creatures to invade your games.”

A systemless offering, this product requires AAA writing to stand next to its epic-level artwork. The art is the selling point for this project. Based on its quality, I believe that the final product will look exceptional. If you’re writing for it, you’ve got to rise to breathtaking prose to go next to these portraits. 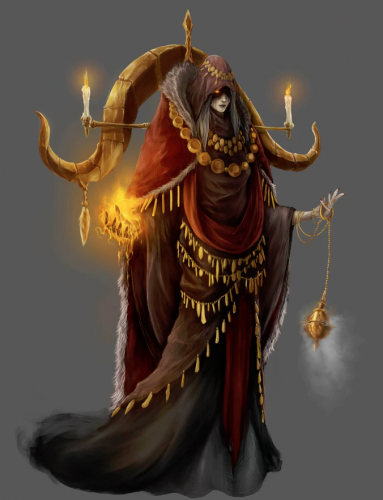 Art from Embers of the Forgotten Kingdom

Each project brings interesting art options. I am intrigued by both. Getting a chance to design within Pathfinder for Manastorm would expand my work into a system beyond 5e (albeit a related system). Going systemless will remove the “crutch” of rules all together and require a focus on creativity to match the art of the Embers of the Forgotten Kingdom.

I pledged Manastorm. Getting to design a character to appear in a third party Pathfinder product, with a hoped-for conversion to the upcoming Starfinder, AND getting original art in the deal, it’s a winner and the right choice for lil’ Egg Embry.