3 RPG Kickstarters You Should Back – Anthro-Adventures Setting, Frankenstein Faktoria, and On the Shoulders of Heroes Setting

A Pathfinder to 5e conversion, a Polish to English translation, and an original 3.5e product are all featured in this week’s review of RPG Kickstarters. 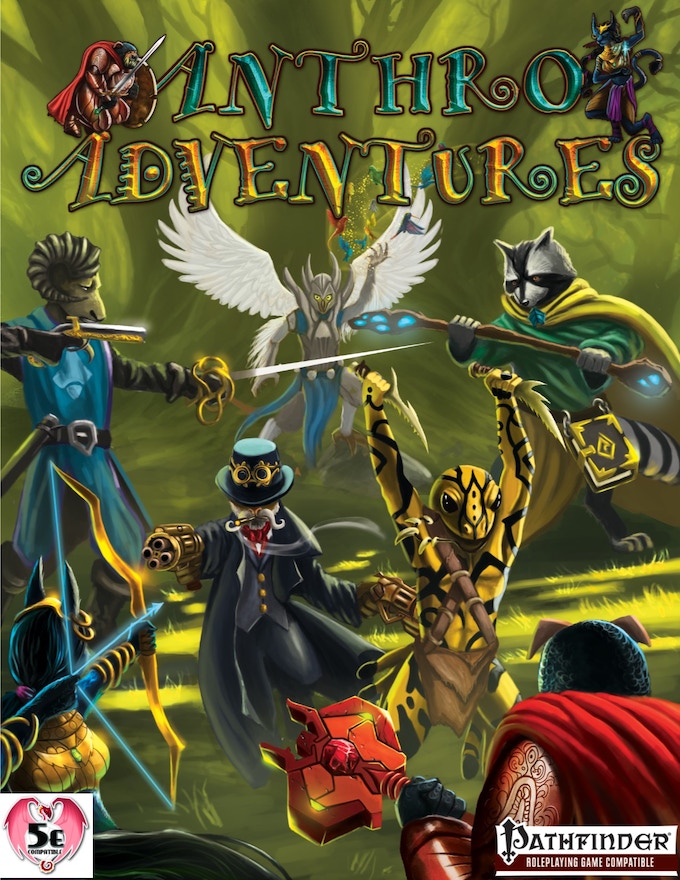 Anthro-Adventures, a popular RPG setting in which the Seven Realms of Layna are ruled by animal-human hybrid races, is now available for your 5E campaigns!

1. To create a setting that a child can seamlessly play in, while having a natural understanding of the nuances of their character’s race.

2. To provide an Anthro-Fantasy setting where the conflicts of the animal-human hybrids are the central focus. This allows players to recreate the tone of popular stories such as Redwall, Mistmantle, and others.

Anthro-Adventures accomplishes these goals by creating a setting where each race is created as a sociological experiment in a modern day human genetics lab. As part of the hybrid’s development their education is focused around a single piece of Children’s Lit chosen to instill desired traits in their newfound species. When a horrid accident sends the hybrids hurtling through time and space the only thing they have to rely on as they continue to develop on their own is those ancient stories once read to them.

Fast forward a thousand years and those hybrid races have flourished, using the tales they were once read as a basis for society. For example the Dog-kin have a powerful medieval theocracy based around dedication to the teachings of the Big Red God (they were read Clifford), Lion-kin prowl the land looking to exterminate evil in the name of the Great Mane (Aslan), and Rat-kin take science to dangerous levels in their Steam-powered cities (They were read Mrs. Frisby and The Rats of Nihm). 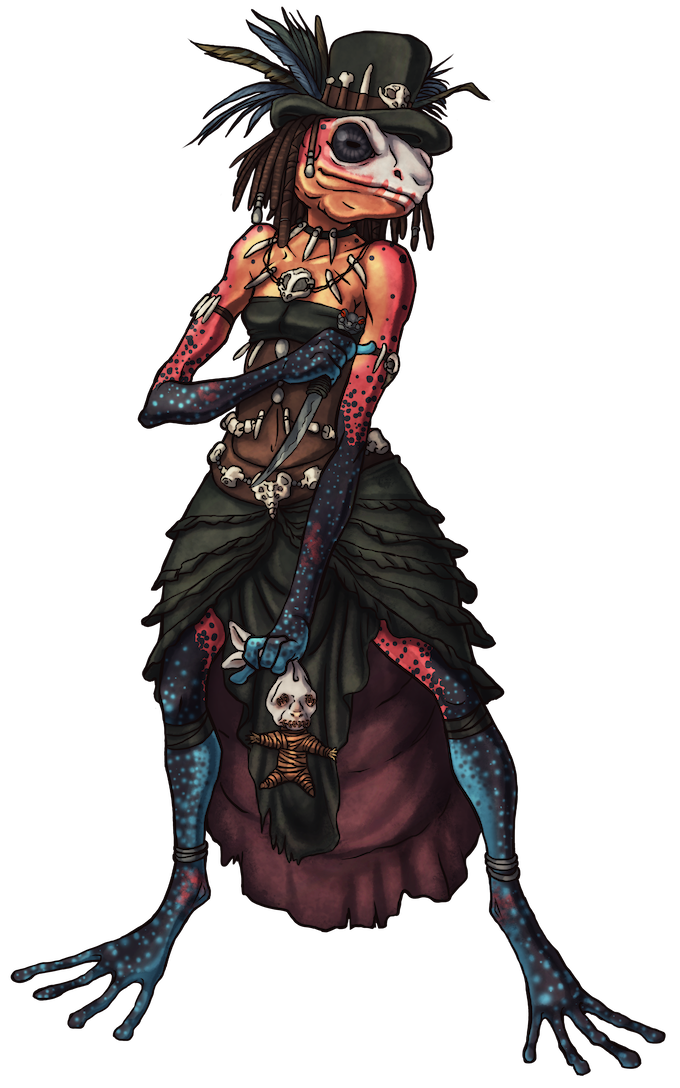 The Anthro-Adventures World Guide is 142 pages long and consists of the following:

The 5e version of Anthro-Adventures is about 90% converted and will be available for download within two weeks of the end of this campaign. Physical copies will be delivered after a proofing process, which generally takes 3-4 weeks. Delivery will be direct from DrivethruRPG.com.

Just seeing Anthro-Adventures for the first time and hoping you can still get the Pathfinder edition? Feel free to head on over to DrivethruRPG and pick it up!”

Ah, in terms of art, Burning Man Chameleon for the win!

What Happy Gnome Publishing is offering is a varied setting that has the range to be family-friendly or stone serious or Burning Man Chameleon making it a good option for so many tables. Add to it, they’ve already rolled out the Pathfinder version so the heavy lifting on this is done, and you have a guide to figure out where they’re going with this one. In addition, this project speaks to me because my first stab at doing a RPG Kickstarter [coming in March] will feature anthromorphic NPCs in a mixed human/anthromorphic world, so I’m interested in this one.

Frankenstein Faktoria is a tabletop horror roleplaying game unlike any you have seen before. It might well contain the usual dead bodies, corpses, and demonical villainy, but in this case you are the corpse, or at least an amalgam thereof.

In Frankenstein Faktoria you and your friends play a Frankensteiner. One of the tortured creations of Doctor Victor Frankenstein, created out of a composite of body parts from cadavers and reanimated through science and electricity.

The Doctor, Doctor Victor Von Frankenstein, has constructed a small Factory in the town of Shalleymouth. Here in his infernal facility, unnatural Creatures, denying nature’s laws, Frankenstein’s children, are produced on an assembly line, endlessly, day-by-day.

Why does he do it? Nobody knows. The Doctor appears to have gone completely insane. He has severed his ties with the world outside and has shut himself up inside his crumbling castle alone with his experiments. He does not give his “children” much attention, instead he spends his time endlessly experimenting, synthesising chemical solutions, scribbling labyrinthine formulae on blackboards, and tinkering with mysterious devices. He is manifestly uninterested in the operation of the production line. Instead a hunchbacked servant, Igor, adopted by Frankenstein many years ago, oversees the day-to-day operation of the Factory.

During a Frankenstein Faktoria game, the players take on the role of the tortured monsters created by the Doctor. His hideous Frankensteiners…”

[Full Disclosure: Angus Abranson rocks. I work with him on the Facebook RPG Kickstarter News page and EN World. He is metal.]

Bernie Wrightson-style Frankenstein art and a Polish RPG translated into The English by Angus Abranson. There’s also some wanna-lancer* options here. AND this is available on the 200th anniversary of the publishing of Mary Shelley’s Frankenstein? Yeah, just check it out for all of that and because Angus is metal. 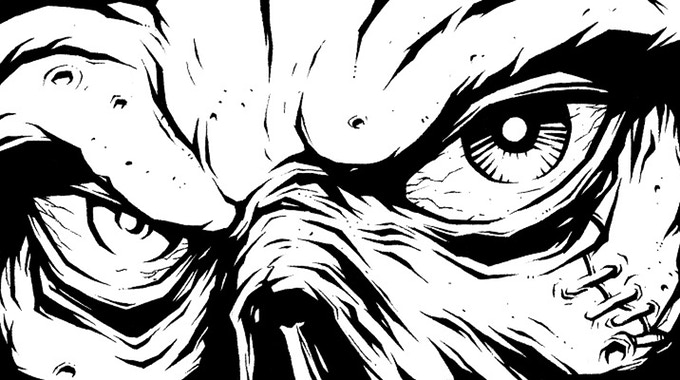 On the Shoulders of Heroes Campaign Setting by Windmill Slam Games
Ends on Fri, January 19 2018 10:50 AM EST.

“A fantasy campaign setting designed for the d20 System. Explore the world of Bellög, new and redesigned races, monsters and much more.

Greetings explorer, welcome to our domain!

We are Windmill Slam Games, a tiny Dutch company dedicated to writing and producing content to enrich your roleplaying experience. You have found our very first project on Kickstarter: The On the Shoulder of Heroes campaign setting. On The Shoulders of Heroes is intended for use with the 3.5 edition of the world’s most popular roleplaying game and systems based on it, but due to its informative nature it could easily be used with any fantasy RPG-system. It is inspired by old school roleplaying games, traditional fantasy, Germanic and Japanese mythology. It is based on the idea that the world was built by the great deeds of great people – both good and evil.

The complete book is close to 230 pages. It features 12 new and redesigned races, class descriptions, new feats and language rules, a whole continent with 8 countries in great detail, 19 new and redesigned deities, trade rules, new items and weapons, 23 new magic items and artifacts, new and redesigned monsters, 9 specially crafted NPC heroes and suggestions on how they might fit into your campaign. It is beautifully illustrated in gray-scale by 4 talented artists and is bound in a sturdy hard cover. We’ve uploaded some previews for you here: http://bit.ly/2Bd4b78

The book is designed to teach you everything you need to know to about the continent of Bellög and its inhabitants, its history and state of affairs. Everything is designed to be intuitive, to make you feel right at home, but with small twists and redesigns that keep you wondering. It pays homage to the rich history of fantasy and D&D.

Your support will help us to cover printing and production costs and to get started on future projects (that will further expand on the setting). We want to publish materials on a regular basis and for multiple gaming systems. If worlds are being explored we want ours to be among them! By supporting us you are making an investment in a company for gamers by gamers.”

This product is for D&D 3.5e, which is an interesting choice. Obviously, they could have suggested the project is for Pathfinder and, maybe, found a simpler path to victory [no pun intended], but they’re on a mission for 3.5e. Because of that, I want to see if they can reach their nearly $6k goal and see if there is still life in the 3.5 market. If there is still interest in 3.5, does it suggest there is a market for the earlier D&D systems (beyond Basic and 1e)?