Did I just fall off the face of the earth, or what?

I’ve never heard a Beyoncé song (that I know of.)

I haven’t seen The Walking Dead.

It’s been at least a decade since I bought an album anyone reading this article has heard of.

I can’t remember the last time I read the news, tried craft beer, or understood a hashtag cause.

Anyone else feel me?

Every day that goes by, I’m lost deeper and deeper in an ocean of information. My friends ask if I’ve seen or heard the latest ______, and I’m a deer in the headlights. I’m like, “Huh?” And my friends are like, “Duuude.” I haven’t seen the latest show, heard the new kickass song, or kept up with whatever the Kardashians are up to. (Are they still famous?) I feel like I should ask for help, reach out to friend, or crawl out from under the rock I’ve apparently been living under. 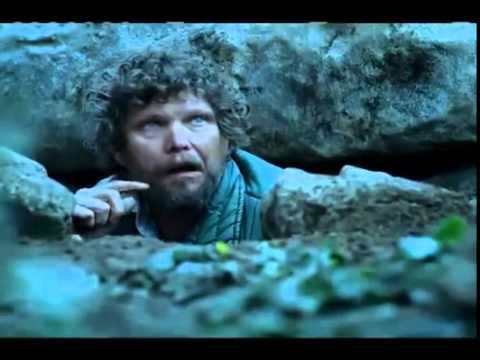 Look, you probably think I’m about to start a big rant against modern culture and all its evils. Nope. I don’t have enough data to make a case for or against whatever the world has become. The only rant I could dream up would be an essay arguing the infinite darkness of social media. But whatever. That’d be pretty hypocritical, wouldn’t it? Especially since I’m about to post this commentary on Facebook and Twitter.

What I do wanna know is: how the heck did I get here?

I’m not that old.

I don’t have an ‘our generation is better than yours’ complex.

I don’t tell stories about wading through the snow to get to school and eating rocks for dinner. 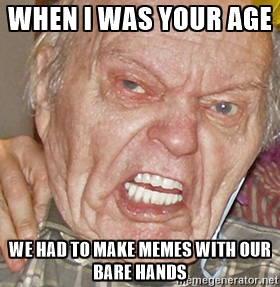 You’d think having a son would compel me to brush up against modern culture now and then. After all, he’s at that age when Justin Bieber must start to seem cool. Or when the latest ‘thing’ must be purchased. Or when we just have to watch some crazy new show. But no. All junior wants to do is hang with his weird dad (me) and roast marshmallows in the fire pit, play board games all night, and watch movies that haven’t been famous since the 80’s (Gremlins, Willow, Sword in the Stone, et cetera.)

Anymore, I’m not sure whether I’m rubbing off on him or his indifference to modern stuff has reinforced my own.

And I’m not really sure it matters.

What started this thought process? Well… I’m glad you asked. Just the other day, I overheard some friends chatting it up about the Grammy awards. (And yes, I know what those are.) At the big Grammy celebration, some pregnant lady killed it with her performance and everyone thought she was a queen. Not just any queen, but THE Queen. Turns out the Queen was Beyoncé. (And it turns out the program I’m using to write this knew to put a ‘ over ‘e’ in her name – which is really weird to me.) Also, the guy from Metallica’s microphone failed, prompting Lady Gaga (whom I know of via her Super Bowl gig) to save him. And lastly, some blonde lady (Adele?) gushed so loudly about the aforementioned Queen some people questioned her sincerity.

Wait. No it doesn’t.

To all of this, I listened wide-eyed and confused. And then I realized that although I’m not terribly old, my tastes are pretty much ancient. It’s almost as if my love of music, culture, art, and books stopped somewhere in the late 80’s – early 90’s. And I can’t explain it. It’s not as if I don’t want to find new music to love. It’s not like I find modern music disastrously boring on some random whim. And life sure would be more fun if I had any inkling to enjoy The Walking Dead, Game of Thrones, and ________ <—- (insert superhero tv show here.)

Does anyone else experience this? 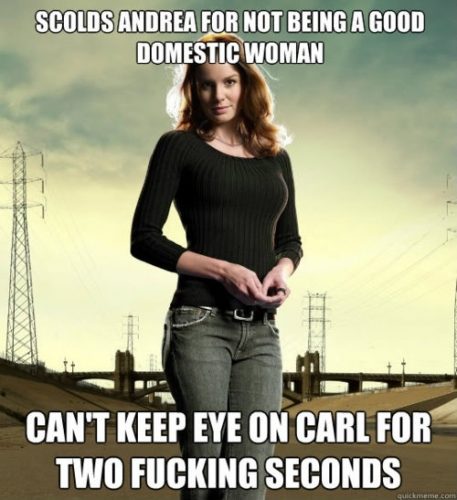 What the F does this meme even mean??

If I think about it, I don’t particularly miss the cultural era in which I grew up. The 80’s were straight up strange, with all the long hair, horrid pop music, and low production television. The 90’s might’ve been even worse, dragged into despair by depressing grunge music and not-quite-awesome-yet video games.

But I guess I didn’t realize my situation until the new century rolled in and forcibly stopped me from caring.

I don’t remember when it happened, but at some point all the music on the radio turned me off.

Until I stopped listening entirely.

And here’s the whole story behind that.

More recently, the wave of superhero movies and bombastic action films flew right over my head.

Leaving me almost alone in the theater watching this.

I guess I can’t really complain; living under a giant rock has its benefits. I have tons of extra time. Peace and quiet are my domain. And then of course there’s all the money I save by not having cable and never going to a concert starring anyone famous. But the drawbacks are…well…I’m not sure. I’m left out of discussions regarding politics, news, movies, television, et cetera. And while I don’t particularly mind sitting in my quiet corner, it tends to halt conversations when I admit I don’t know a damn thing about whatever’s being talked about. 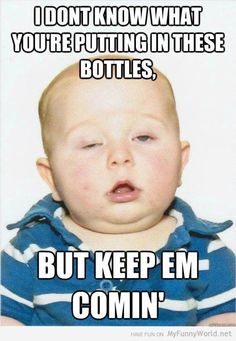 It’s a willful disregard for humanity.

And now, after all these years, I still have no idea what happened.

Like Loading...
Tagged  hermit, Lifehacks, Modern music, Off the grid, old school, Under a rock.
Bookmark the permalink.