Before the review, let’s get the two elephants out of the room.

If you broke this film down to hashtags, they would read: 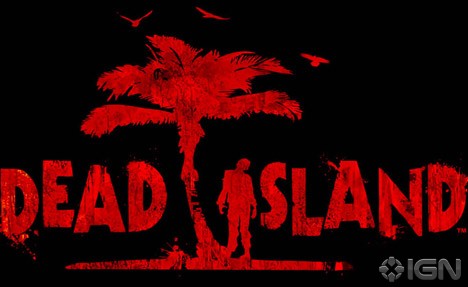 A young mother, father, and their tween daughter are on an island vacation when zombies!

The film’s premise is straight-forward which allows the storytelling to be intricate.

The film is wordless but not mute. The emotion is built by the soundtrack and well-acted characters (“well-acted” within the limits of six year old CGI. What looked triple-A in 2011 looks unpolished today). The storytelling is a reverse chronological order tale – it literally runs backwards – intercut with flashbacks.

It’s an unfolding action-horror sequence but the amazing part is, for so brief – 3 minutes and 6 seconds – a tale, it pulls hard at the heartstrings with more skill than many productions. That’s because of the star of this film, the editing. The editing elevates the storytelling from a straightforward horror scene to an emotional story worth seeing.

Not sure I’m right about the storytelling and the editing being the stars? Compare the original cut to IGN’s chronological edit that runs from the logical start to finish. Seeing the story from different perspectives triggers different emotions. Watch them both and you decide which is better?

The movie has one glaring plot question (not a plot hole, just a question that goes unanswered) – Why was the tween daughter out of the parent’s room while the zombies were rampaging across the resort? The parent’s room only has one bed so it’s easy to assume they got their daughter her own room to sleep in but… where? That answer may be way the girls was running down the hall in the first place. 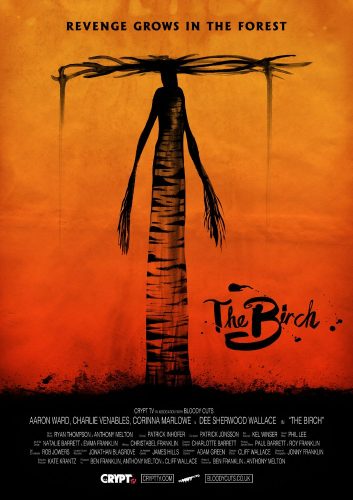 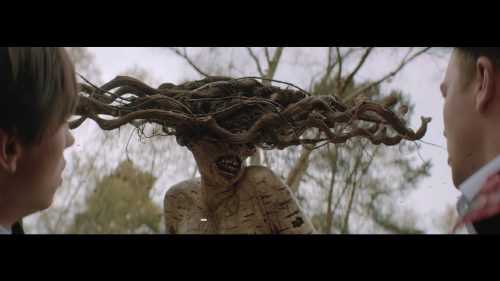 You are in for a treat today! Code 8 is a short film that was created as a proof for a feature film. The creators ran an IndieGoGo back in March of this year–a mega successful crowdfunding campaign. This is a movie I want to see! Here’s a description from that campaign:

The film takes place in a world where 4% of the population are born with some type of supernatural ability. Instead of being billionaire superheroes, most ‘specials’ live in poverty and resort to crime, forcing the police to become more militarized.

The story follows a young man with special powers (Amell) struggling to find work as a day laborer. After a dispute over payment, he finds himself in a confrontation with a police officer (Kang) and the autonomous robots backing him up.

I’ve had a crazy week.

There wasn’t room for a blog post this week, but I hope this will make up for it. Enjoy!

A mystical apocalyptic world where shaman are warriors…

Gate 128, a mysterious place, promising salvation from the extinction of the female species, draws two struggling survivors (Rose and Camilo) in a post-apocalyptic world. The last known female on earth, and her protector must finish their dangerous journey past the world outside of Gate 128.

Gate 128 (PG-13) is a little weak in spots but I like the premise–post-apocalypse with a touch of Children of Men. It’s a diamond in the rough. Let me know in the comments what you think!

One of the highlights from Dragon Con 2014 (besides being in the art show!) was taking some time out to enjoy the Dragon Con Independent Film Festival. I’m embarrassed to admit I didn’t even know there was a film festival. Dark Origins is from the Horror track (Demons, Ghosts, Aliens, & Monsters). This 12+ minute film was one of my top three.

A psychologist discovers the terrifying trauma haunting her young patient may in fact lurk beyond the girl’s fractured mind. 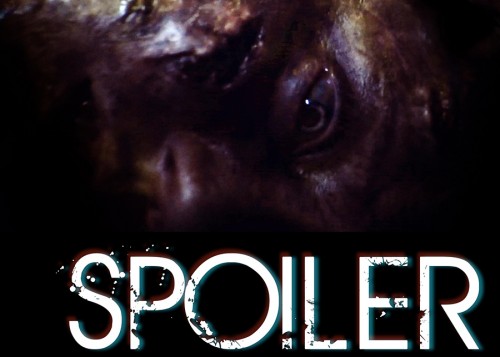 Another great short from my personal archive… Spoiler.

The zombie apocalypse happened — and we won.

But though society has recovered, the threat of infection is always there — and Los Angeles coroner Tommy Rossman is the man they call when things go wrong.

There are a plethora of amazing short films these days. I thought I’d share one of my favorites, one I wrote about a few years back on a now defunct blog. Feast your eyes on Ruin.