Battlefield Press International‘s Jonathan M. Thompson and I met face-to-face at Gen Con 50 and since then we’ve talked a fair amount about RPGs. I’ve blogged and interviewed him about projects from Gaslight Victorian Fantasy 3e for Savage Worlds, Robert Asprin’s The Cold Cash War, and The Awakened III Anthology to Dragon Kings Player’s Rulebook for 5E. For his latest Kickstarter campaign, Sherwood: The Legend of Robin Hood 2e (Savage Worlds), we sat down to discuss what this project is and where he’s taking it.

EGG EMBRY – Jonathan, we’ve talked before, and I want to thank you for returning. You’ve got a Kickstarter campaign running through the holidays, don’t you. What’s it for?

JONATHAN M. THOMPSON – We are running a KS until Jan 4, 2018 for a new Savage Worlds edition of our setting Sherwood: The Adventures of Robin Hood. It needed to be cleaned up and revamped a little. Sherwood was our very first Savage Worlds product, and it needed to have a little work done. Now this work does not mean that those that worked on it before did a bad job, in fact it was just the opposite. We are really trying to bring it in line with the way our other Savage Worlds products look. 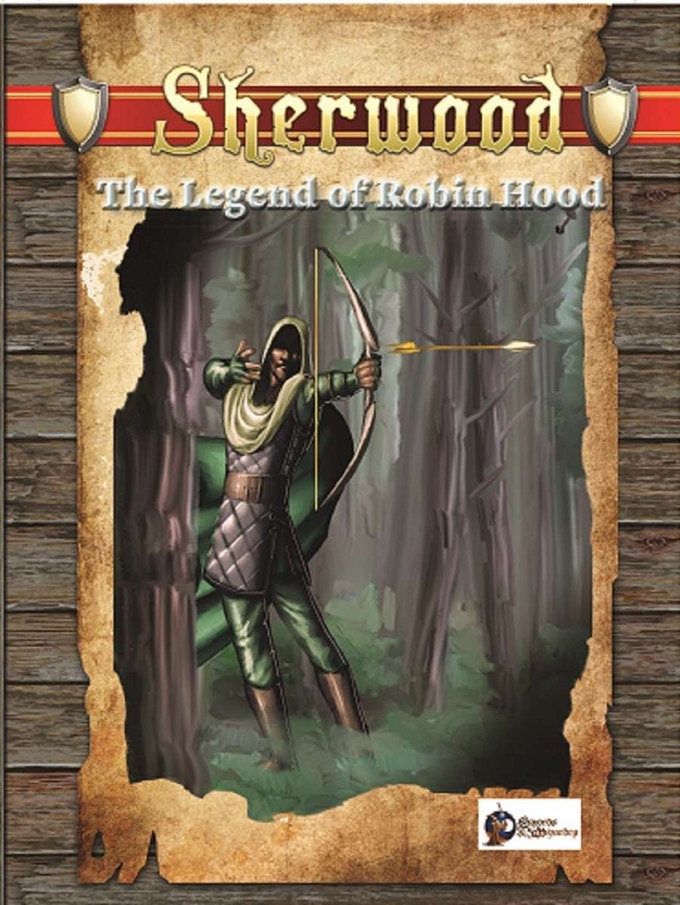 JONATHAN M. THOMPSON – Savage Worlds is designed with “pulp adventure” in mind. I believe that the swashbuckling aspect of the Robin Hood genre just screams Fast, Furious, Fun, which is the motto of the Savage Worlds game system.

EGG – Why a 2e? What improvements are you planning?

JONATHAN M. THOMPSON – Mostly like it says on the KS page. We updated some edges, added some preconstructed archetypes and edited things so that they made more sense in this version of the book. We had some people helping out during the process too, telling me what they wanted to see in the book, and when it was possible we incorporated their feedback. Those people have requested to remain anonymous.

EGG – This isn’t your first Robin Hood game, is it? What other Robin Hood-centric projects have you done?

JONATHAN M. THOMPSON – We have done versions of this book for Pathfinder, D&D5e, and Swords & Wizardry. I have also recently worked on a new adventure book from Fearlight Games for their Hood: Swashbuckling Adventures in Sherwood RPG.

EGG – In your opinion, what makes Robin Hood and his world worth exploring?

JONATHAN M. THOMPSON – The world of Robin Hood is essentially our world in the late 12th century. There was a lot going on during the period. Turmoil in England, things happening in Europe and the Third Crusade was happening in the Middle East. These things can we weaved into the story you are trying to tell.

EGG – What do you feel is the quintessential Robin Hood book/comic/movie/game/whatever?

JONATHAN M. THOMPSON – Of course as everyone knows that would have to be Errol Flynn’s Adventures of Robin Hood from 1938. I truly believe that this is the first thing people think about when they think about Robin Hood.

EGG – Last time we talked, it was about Robert Asprin’s The Cold Cash War RPG. What happened with that game and what are your future plans for it?

JONATHAN M. THOMPSON – We didn’t quite make the goal on that one, we are going to relaunch the KS in June. We are going to be releasing a one sheet adventure in advance of the KS with some pregenerated characters from the novel included to play. This will give you a little bit of an idea of what will be going on in the setting in the future.

JONATHAN M. THOMPSON – I am working on a few things for different companies, but as far as Battlefield Press is concerned we are currently developing a new project called The Dinosaur Protocol.

Generations ago, in the late 21st century, the Earth was dying, and some thought it was the fault of man. In the end it did not matter, mankind could not survive on the surface any longer, and so a way was developed to save the human race. Top engineers and scientists, built arks deep underground to save mankind from its own folly.

Generations passed, and the descendants of the survivors thought it was finally time to finally emerge and return to the surface of their world. They exited the tunnels dug by their ancestors and arrived on the surface of the Earth. It was not the Earth described by their ancestors, this was a new place, lush forests, plenty of food, and something no one expected, flora and fauna that had not existed in millions of years. Even more surprising were the prehistoric animals running around, and yes, even dinosaurs.

It was clear that this was a new Earth, and one more dangerous than the one their ancestors left. Armed with the skills and technology left by the ancestors, mankind now must survive in a new world.

EGG – Any parting thoughts? Where can we find out more about Battlefield Press International and this Kickstarter?

JONATHAN M. THOMPSON –  Go to Kickstarter and search for Sherwood: The Legend of Robin Hood 2e (Savage Worlds) or you can get there by following the link: